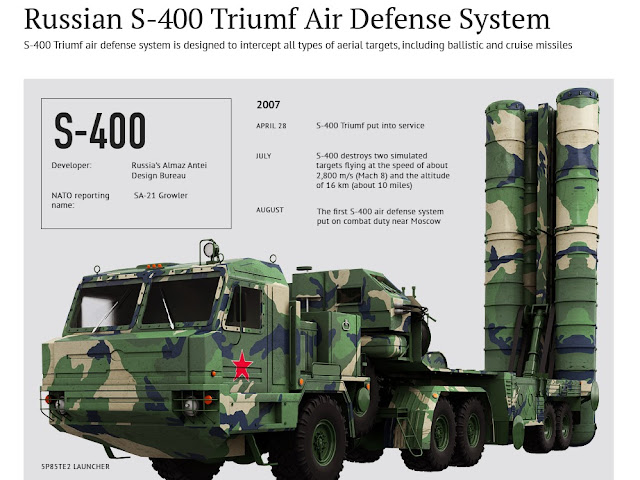 With Indian Govt. opting for S400 missile defence system (MDS) for securing the borders of India it is a welcome decision. A decision that should have been put into effect a lot earlier. It is heartening to see defence planners thinking on a comprehensive strategy to counter the possible threats perceived by the Indian defence advisors & organization. The thinking behind the induction of MDS S400 is a part of that strategy which emphasises on countering possible threats in the form of destructive missiles & invading fighter aircrafts emanating from across the border of India with the perception of two front war percieved by our defence analysts and defence wings. The decision making and the initiative that of the Indian Govt. in this regard is quite appreciable. Why only S400 of Russia for Indian borders?


Determining number of MDS required to protect the Indian borders.

When one considers the number of S400 systems(12 systems) decided to be implemented it seems
that the military planners have either thought of deterring threats at few sections of the length of the country's border or the induction of more MDS like the S400 throughout the country shall be a gradual process thereby covering greater lengths of country's border. Number of MDS like S400 that may be required to defend the aforesaid threat perception can be reached through an analysis which is as follows:


Taking into consideration the curvatures of the landscape with 30% redundancy into account for comprehensive coverage ensuring overlapping domains of coverage and the demand of extreme quick reaction from the nearest MDS ( quick reaction required due to the curvatures of borders ) having probability of quickest interseption would require approximately 68 MDS of S400 with the overlapping domains. The overlapped domains of coverage having at least 100 Kms as common coverage area between 2 MDS should be another criteria for calculations to determine the number of required MDS.

All the assumptions are made on the basis of the coverage of the longest reaching missile 40N6 of S 400 system with performance range of 400 Kms. 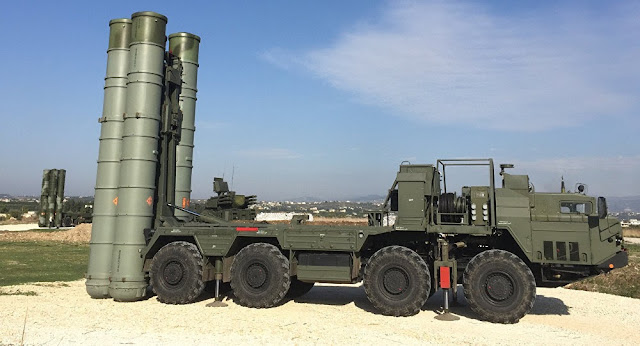 In addition to the conclusive numbers of MDS to be implemented 9 (5 for bordrs with Pakistan + 4 for the Eastern region including Sikkim till Arunachal Pradesh) more MDS should be in reserve for unforeseen contingencies keeping in mind the POK region and other sensitive regions along China & Pakistan borders, and, another 7 for cannibalizing during war.

Army/Air force will have to ensure to protect the MDS from threats emanating from inside the country. Such systems along with the calculated redundancies have to be placed in active mode all along the designated section of the border. MDS in reserve should be placed or moved according to evolving threat perceptions and percieved locations of usage. Missiles of such systems have to be available in sufficient numbers per system for quick installation after a launch. Follow on replacements against the initial reserve of such missiles systems would be required keeping in mind their shelf life. Like every system has its own maintenance cycle the MDS won't be an exception. But all in all it will be a very potent inclusion in the inventory of the army/air force making it extremely capable of meeting arial threats from outside the borders of India.

Email ThisBlogThis!Share to TwitterShare to FacebookShare to Pinterest
Labels: S 400