The S400 System At A Glance

S 400 has been designed by Russian Almaz-Antey Central Design Bureau to track , detect and shoot down aerodynamic targets like low observable fighter jet , stealth fighter jet ,UAV and ballistic missiles . The detection system consists of one 91N6E surveillance radar, up to six 98ZH6E units of each of 92N6E engagement system and twelve radars. The 91N6E and 92N6E are radars of higher power and provides longer ranges against stealthy targets. The missile launchers can launch missiles like 48N6E,48N6E2,48N6E3,9M96E, 9M96E2 and 40N6E.

30K6E is the control post which obtains targets from radar systems like 91N6E, 96L6E, Protivnik-GE and Gamma-GE. Foreign systems can also get integrated with the system. Protivnik-GE and Gamma-GE are stealth detectors. Anti-stealth sub-systems Protivnik-GE and Gamma-GE have a detection capacity of 0.1 meter square for upto 240 Kilometers. The control system 30K6E can be used to integrate other systems like S300, Tor-M1 and Panstir-S1, nearby 30K6E systems, command posts for Russian fighter aircrafts, Nebo-M system and more. One battalion of S400 has seven to eight launchers with 32 missiles. One 30K6E administration system is capable of managing eight battalions. 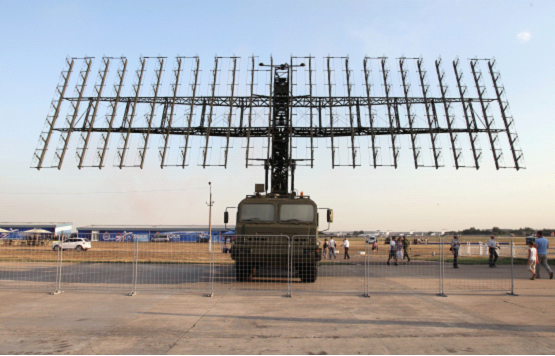 Nebo-M system is a part of 30K6E which works with X,L and UHF band radars. It is specifically designed to hunt J-35 Joint Strike Fighter. Component using VHF band provides sector search and track functions with the X band and L band components providing finer tracking capability. Accurate placement of the radar in relation to the threat axis illuminates the target from angles which reflects suboptimal RCS. This system is highly resistant to jamming due to passive angle track capability against jammers which enables zeroing on the jamming source passively using three angle tracking outputs. It is capable of highly accurate tracking for midcourse guidance for modern SAM and full trajectory guidance of legacy SAM of Russian origin. 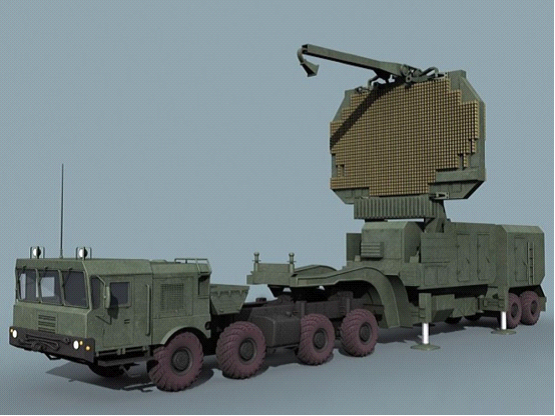 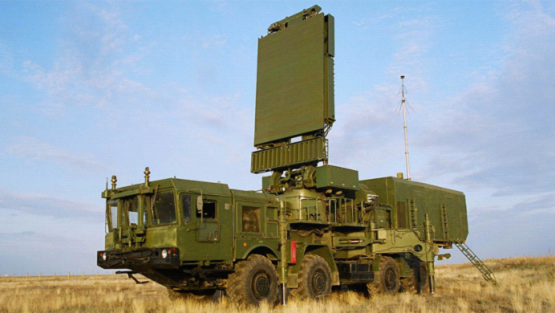 This is high altitude detector system. It can detect targets at an altitude of 100 kilometers. The 96L6E2 which is the export version has capability to track 100 targets. This system is resistant to false return or clutter. It also detects low level targets with radar sector review. It can omnidirectionally detect all aircraft types, including low observable ones like FA 18 and is capable of performing functions of a command post for S300 as well as S500 (future SAM of Russia). It uses a special tower 966AA14 for detecting cruise missile and stealth fighter jets.

Missiles Of S400 System At A Glance:

It is a anti-AWACS, refueling aerial tanker destroyer, and anti-EW aircraft missile designed to engage low maneuverable targets at a range of 400 kilometers at optimum altitude of 185 kilometers. It has both active and semi-active radar seeker.

It is a missile used to take down aircraft, cruise missile, UAV, ballistic missiles and intercontinental ballistic missiles. It has the capability to engage ICBM traveling at the speed of 2800 meters per second. It has a range of 200 Kilometers. It is capable of performing in an environment of electronic warfare and is highly maneuverable with capability of attaining speed of 2000 meters per second. This missile has a fragmentation warhead of 180 kilograms with proximity fuse.

This missile has characteristics of 48N6E2 with an extended range of 250 kilometers and is capable of hitting a target having velocity of 4800 meters per second .

Summing Up The Capability Of S400 At A Glance

It is has been developed as a short-range SAM to protect S400 from various threats at their terminal phases. The missile system consists of omnidirectional 29YA6 radar, IR sensors , and 36 missiles. The missiles have a range of 5 Kilometers and an altitude of 3500 meters. Morpheus is developed to shield military sites as well. The system is equipped with radars in he category of all-aspect radar dome as well as launchers for anti-aircraft missiles. The system is still evolving.

An inference On Coverage Of S400 Systems Along The Concept Of A Two Front War:


Though this estimation of umbrella of coverage by S400 has been made based on the radius of coverage of 400 Kilometers by the missile 40N6E along the aforesaid borders of India , a closer look into other the types of missiles fired from the S400 systems notably the 48N6E3 and 9M96E2 missiles seem to be suited to the threat perception of mitigating ballistic and cruise missiles in their terminal phase . Certain missiles in S400 system should merit acquisition in greater numbers making way for the opportunity of a single S400 system along with its missile launchers to provide a layered defence thereby enabling it to work with highest efficiency. Hopefully defence experts maintaining synergy with Ministry Of Defence of India will do justice in acquisition of the types of missiles according to their threat perception and in the process do justice to the number of S400 systems acquired .

In the scenario of the possibility of a two front war Indian deterrence against ballistic & cruise missiles and stealth aircraft from both China and Pakistan should get mitigated very well. The acquisition of S400 system is master stroke by Ministry of Defence of India.


For a estimation of total requirement of a missile defence system like S400 one can visit the webpage
http://www.indiandefensenews.in/2015/10/idn-take-quantifying-number-of-s-400.html
Posted by Debojyoti Kumar Articles at 11/17/2016 04:30:00 pm