Importance Of Nuclear Power Plants In The Context Of Reducing Carbon Emission With Examples From Nuclear Power Reactors OF Russia - The Country Being a Global Leader In This Technology. 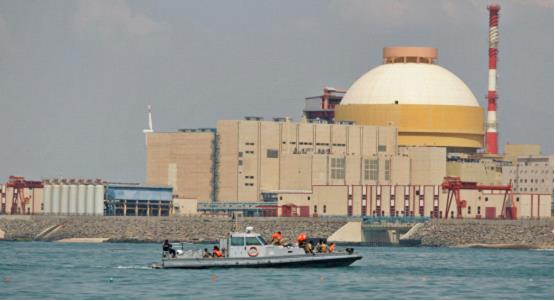 With the carbon emission building up alarmingly with the usage of conventional methods and conventional fuel and the availability of such fuel of the desired quantity and quality getting scarcer by the passage of the day Russia is steadily taking forward her plans to play an expanded role in nuclear energy coupled with development of new nuclear reactor technology. Russia aims addition of one nuclear reactor per year

to balance the number of retiring reactors by 2028. Over twenty nuclear reactors are being planned for construction in foreign countries coupled with export of nuclear goods and services related to civil nuclear reactors.

The expertise gained in building civil nuclear power reactors helped Russia to gain foreign currency which contributed to her economic rebuilding in the 1990s after collapse of Soviet Union. Courtesy to the expertise gained in building civil nuclear reactors from 1954 onward ,in the late 1990s Russia started building nuclear reactors in countries like, India , Iran and China. The fund gained from such ventures allowed the revival of domestic construction programme of Russia which allowed Rostov 1 to join the the power grid of Russia which played an instrumental role in providing a great boost to the morale of the Russian nuclear industry. The inclusion of Rostov 1 was followed by Kalinin 3, Rostov 2, in 2010 and Kalinin 4 in 2011. Russia intends to add 2 to 3 GWe to her power grid per year till 2030 and build nuclear power plants for other countries fulfilling a projected civil nuclear capacity of 300 GWe. Rosatom , the Russian Federation national nuclear corporation that represents 400 nuclear companies and nuclear institutions operating in civilian and defence sectors, estimated that for every one Rouble invested in building the domestic civil nuclear reactors in Russia, Russia's GDP gained by three Roubles contributing to socio-economic development as a whole. 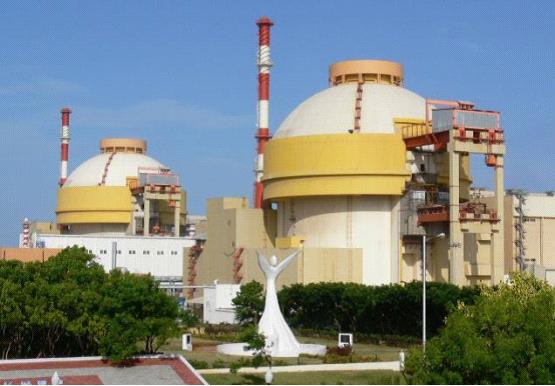 An inter governmental agreement (IGA) on the project was signed on 20 November-1988 by Late Prime Minister Mr. Rajiv Gandhi and USSR head of state M. Mikhail Gorbachev. But the work on the project had gone dormant due to collapse of USSR. The project was again fully revived in June 1998 and on 31 march 2002 the construction of the first unit of the nuclear power plant KNPP-1 began. The first reactor KNPP-1 attained criticality on on 13 July 2013 and was added to the power grid on 22 October 2013 and attained its maximum capacity of 1000 MWe on 07 June 2014. By April 2015 KNPP-1 generated more than 2700 GHh of electricity at 97 capacity factor. Another unit KNPP-2 of the same project capable of yielding the same capacity achieved criticality on 10 July 2016 and was connected to power grid in the month of August 2016 and is scheduled to begin commercial operation on December 2016. All the KNPP reactors are pressurized water reactor of Russian design model VVER-1000/V-412 also referred as AES-92 jointly constructed by NPCIL of India and Atomstroyexport of Russia.

With KNPP , the Indo-Russian project , achieving success India has set up a strategic vision for serial construction of twenty five nuclear power plants based on Russian technology spread out on several parts of India. According to Mr. Vladimir Angelov the units of nuclear power plant at Kudankulam can withstand a natural disaster like the one faced by Fukushima Daiichi nuclear disaster of 2011. Russian president Mr. Vladimir Putin has rewarded Kudankulam nuclear power plant site director Mr. Ramayahi Shanmugam Sundar with the distinction of Order Of Friendship , a symbol of special merit for nationals foreign to Russia for promoting peace, friendship, cooperation and understanding between nations. Indian nuclear power plant at Kudankulam and Iranian nuclear power station at Bushehr both built by Russia were termed as projects of the year of 2014 by US Power Engineering magazine in

" Nuclear Energy" category. The editors of the magazine claimed that those projects as examples modern technologies and global trend that produce cleaner and more efficient sources of energy. 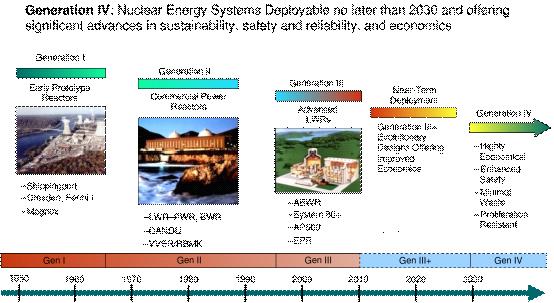 Step Towards Induction Of New Technology In The Field of Civil Nuclear Reactors:

The concept of fourth generation reactors have been prevalent for a long time. But for an experimental design to become commercially viable takes a long time and some times decades. The older generation reactors like a thermal reactor needs the energetic neutrons required in fission to be first slowed down to thermal energies i.e. lesser than one electron volt. After which they participate in further fission events to maintain the chain reaction inside the reactor. The fouth generation reactors especially fast neutron reactors are able to burn fuel without slowing down of the neutrons. Fast reactors breed a large amount of fissile materials from relatively inert fertile material like U-328 and therefore results in extraction of at least fifty times more energy than older generation reactors.

The prospect of Russian civil nuclear reactors seem to be getting brighter with the passage of time with Russian Govt. opting to invest more and more towards the development of better nuclear reactors of greater efficiency and protection within relatively affordable operational costs. India and other nations foreign to Russia can will only benefit from such developments as nuclear and other methods free of carbon emission will contribute significantly in increasing the life of fossil fuel consumption and reducing the global warming due to curtailment in carbon emission.
Posted by Debojyoti Kumar Articles at 2/03/2017 06:33:00 pm